i-fidelity.net:   Mr Blöhbaum, could you have achieved a similar sound also with FET transistors? 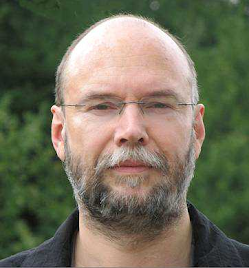 Frank Blöhbaum:   Basically I’m aiming to build an amplifier which will adulterate the original signal as little as possible – the famous amplifying wire. I always develop circuits using modern simulation tools like e.g. »Spice«; the valve models required for this are designed by myself. For measurements I’m using my Rohde & Schwarz UPL – not just state-of-the-art in terms of interfaces and operation, but it’s still one of the best and most dependable devices for more complex analogue measurements like spectral analysis over modulation and frequency.

First the amplifiers need to be technically flawless – then follows the hearing. Hereby sound is something relative and every ambitious listener will understand something different by this. My amps are supposed to have power and control, thus reproduce a powerful and at the same time pure bass. The high-range resolution must both be as clear and fine as possible without showing harshnesses. I mean without analytical coldness or edginess, but with the highest possible transparency of the sound image ...
Inevitable deviations from the concept of the »amplifying wire« should be of such a kind that they won’t impair our auditory sensation. This means that distortions should be as low as possible and have a structure on this small level which is perceived as pleasant by our ear. So I don’t use valves to create a specific sound, but to realise an amplifier as linear as possible. Which certainly sets me apart from the hard retro core of the valve lovers.
​

Why do I prefer valves to FETs for an amp with a maximally linear or clean gain resp.? There are at least two reasons for this. First: valves are operated on relatively high supply voltages. With a plate-cathode voltage of, say, 150 volts a sound signal of 10 volts at the anode is still a small signal modulation within the linear range of the valve characteristic curve, which allows a low-distortion signal gain with the right selection of valve type and bias point. On the other hand, we see quite different magnitudes on a FET with a drain-source voltage of typically 15 volts; here those 10 volts imply a signal-dependent passage through large parts of the characteristic curve involving those sections where already significant signal distortions occur. These distortions are asymmetric and modulation-dependent. Using one gain stage will produce a lot of k2, whereas two of them will produce k3 and higher order harmonics. FETs are therefore suitad for the amplification of very small signal levels, e.g. in MC preamps for the phono stage. I believe that for line level amps valves are the better choice.
Second: valves have markedly lower parasitic capacitances than FETs. In addition, those capacitances are not constant, but voltage-dependent – hence dependent of the momentary signal amplitude. This, too, produces asymmetric plus modulation- and frequency-dependent distortions in FETs. Of course, one can scale this down, even to a barely measurable level – but to this end a much more sophisticated circuitry is needed than with the comparably simple valve technology. And in most cases simpler means better ...
In short, using FETs instead of valves in line stages produces distortions whose structure changes over modulation and frequency. Thereby the sound or more precisely the tone colour changes as a function of volume and frequency. Technically speaking, the harmonics spectrum changes over modulation and frequency both in its absolute level and in the harmonics’ proportional distribution. As music doesn’t typically consist of perfect sine waves, but of a sequence of transients, we have – to overegg the pudding – a complex harmonics modulator whose output spectrum changes constantly depending on the momentary music signal, if we use gain stages beyond low-level operation, as is typical of basic solid-state circuits. This leads to a sound image which is perceived as tense. This I want to avoid, hence the use of valves.

Frank Blöhbaum:   The bias point and the use of certain areas of the characteristic curve is crucial for an amplifier of highest possible linearity. The ECC83 is used as the first gain stage. Already with simple circuitry it produces a high gain. But it can only be driven with good linearity if levels are moderate. This is the case with the first gain stage and it’s also backed by the applied circuit technology with local feedback. The second gain stage, where higher signal levels occur, as well as the driver for the power amp sections were realised with the 6N1P. As opposed to the ECC83, this valve can be driven with a very good linearity within far greater areas of the characteristic curve. In comparison with the ECC83 the 6N1P has the greater headroom reserves, if a very clean gain has priority. As a driver valve the 6N1P is ideal, because it also features very strong cathodes with a large emitting surface. The cathodes are similar to those of power valves such as the EL84. Consequently the 6N1P was also approved for transient applications with maximum burst currents of 2 amperes. In the SV-237 we typically use the long-life versions 6N1P-EW or 6N1P-WI.
Instead of the 6N1P, we will use the American 6BQ7A in a special series of the SV-237 as a JAN (qualified for Joint Army Navy) valve, which is a heavy-duty military-grade valve with a lifetime of over 10,000 hours – at no extra charge. The JAN 6BQ7A and the 6N1P can be used on par with no modification in the SV-237. The JAN 6BQ7A are original »made in U.S.A.« valves.
All valves are run far below their limit values and on a regulated operating voltage, so that a very long life of typically more than 20,000 hours may be expected – most SV 237 owners will never need to change the valves. And if they did, Sintron has a well-stocked inventory of valves for the SV-237.

i-fidelity.net:   What do you understand by a phase reserve of 90 degrees in the power amp?

Frank Blöhbaum:   The power amplifier has a local negative feedback. Other than some of your expert colleagues I’m convinced that closed-loop amplifiers are indeed capable of reproducing music on an excellent level – you just gotta do it right. In general I design amplifiers so that they are absolutely stable and produce very low distortions even without applying a closed-loop condition. To this end I realise a great bandwidth with an ample phase reserve – having both is the actual difficulty in the design of closed-looped amplifiers! If the feedback loop is closed then, you nearly always get an amplifier with superb sonic qualities. The phase reserve determines the attack behaviour of the closed-loop amplifier. Without any phase reserve an amplifier becomes a generator – it oscillates. With 30 degrees phase reserve an amplifier is in fact stable, but a pulse-shaped signal excitation will lead to a »decaying« output signal; there are non-periodic decays which are, of course, very detrimental to the sound. A phase reserve of 90° is ideal, because that way we will see no overshoots but a perfect transient response. Furthermore the amplifier cannot be baffled then even by capacitive loads such as exotic speaker cables. Most closed-loops amplifiers on the market have a phase reserve of 60 degrees or less and react queasily to complex loads. Therefore the realisation of an ample phase reserve of ideally 90 degrees – together with a high bandwidth – is the crucial prerequisite for a good sounding closed-loop amplifier. But this means also quite some efforts in the circuit design.
To put it somewhat heretically: it is far more difficult to realise a thorougly developed closed-loop amplifier than an amp with no negative feedback. Without a negative feedback design faults won’t have such a grave impact e.g. in the upper frequency transmission range; for instance, there is no danger of HF oscillation. But instead the achievable clarity of reproduction is unnecessarily limited. One must simply invest considerably more time to realise a very good closed-loop amplifier. If you do that and pay attention to the crucial parameters like bandwidth, phase reserve or bias point stability, in most cases the closed-loop amplifier will be the better alternative soundwise – and it can be used more flexibly on the most various loudspeakers. Headwords: damping factor and speaker control.

i-fidelity.net:   What can you tell us about the circuitry of the power amps?

Frank Blöhbaum:   The power amp is designed as a complementary power amplifier with a differential gain input stage. This differential amplifier is a current source based cascode and was realised exclusively with discrete 2SK170 JFET transistors. The 2SK170 is a super low-noise JFET transistor, which was once developed for MC pre-preamps actually. In addition it has very low capacitance values and allows the realisation of linear amplifiers with a very high bandwidth.
For the power transistors we chose very fast bipolar transistors of the latest design. On the one hand this basic structure ensures a high open-loop bandwidth, on the other hand the transmission behaviour of the power amp section is largely determined by that stage which compares the input signal to a portion of the output signal – think of negative feedback – and corrects possible errors of the power transistors. Here again I need to point out that the first design aim is always to keep those faults as low as possible already without any corrective measures by selecting appropriate components and also by the circuit layout and the choice of the bias points. In the SV-237 the correction of this little residual error is essentially provided by the JFET cascode differential amplifier, which in turn has a valve-like transmission characteristic and is therefore optimally matched to the pure valve amplifier in the SV-237 – to put it trivially: the valve sound will not be messed up by the solid-state amp.
True, JFET transistors are excellent for audio applications, but have the drawback of a relatively high standard deviation of their static parameters such as the gate-source cutoff voltage. When used in the differential amplifier under series conditions, this will lead to increased offset voltages, if no further steps are taken. Even if matched pairs are used like in the SV-237. Therefore the SV-237 also features an active servo control to monitor the DC offset at the power amp output and correct it accordingly.
Let’s get back to the power transistor once more: the selection of the component type depends on the planned circuit layout. I’m totally undogmatic here and take whatever is perfectly suited for the respective circuit design. Thus you’ll find virtually everything the market has to offer in the amplifiers I’ve built so far: MOSFETs, bipolar transistors, valves and once I’ve even been experimenting with IGBTs (i.e. Insulated Gate Bipolar Transistor; a transistor with insulated gate electrode – editorial comment). Therefore the use of bipolar power transistors in the SV-237 does not mean that I would generally prefer this transistor type in the future. For example, I would always use a MOSFET for directly driving a power transistor by a valve – not least because a valve is a bad current driver. But on this topic one could write a separate professional article.

i-fidelity.net:   Can you summarise the basic features of the SV-237?

Frank Blöhbaum:   All gain stages both in the preamp and the power amp sections are designed to guarantee maximum headroom and stability, whereby the reserves are used for the optimum reproduction – cue: low-level signal drive. Add to this a generously dimensioned power supply and an elaborately regulated, low-noise high voltage supply for the valve preamp plus an equally very generous sizing of the heatsinks for the power transistors. Contrary to a lot of competitive products the specified output power data also hold true for continuous operation. My aim was to develop a strong amplifier with a fine high-frequency resolution which makes music listening fun – at a fair price.